The Northwest Washington D.C. neighborhood Shaw is an area that tourists often overlook and residents once avoided. But now people are flocking to Shaw in droves, thanks to a proliferation of upscale wine bars, shops, renovations, and redevelopments. Today’s Shaw bears little resemblance to the one many remember from 10 or more years ago.

Shaw emerged from freed slave encampments in the rural outskirts of Washington, D.C. It was originally called “Uptown”, in an era when the city’s boundary ended at “Boundary Street” (now Florida Avenue).

During this time, President Andrew Johnson signed Howard University’s founding charter. Shaw is a treasure trove of African-American history hiding in plain sight. Once known as “Black Broadway,” the area was a thriving center of African-American culture and social change, an oasis of innovation in a city scarred by Jim Crow laws throughout the late-19th and early-20th centuries. Iconic figures like Zora Neale Hurston and Mary McLeod Bethune found refuge in Black Broadway, and performers such as Louis Armstrong and Billie Holliday made regular appearances and Langston Hughes, Carter G. Woodson and Mary Church Terrell all call the Shaw neighborhood home.

Shaw is a central neighborhood in the Northwest quadrant of Washington, D.C., United States. Shaw and the U Street Corridor historically have been the city’s black social, cultural, and economic hub, witness to Martin Luther King Jr., Malcolm X, and numerous riots, marches, and protests that fought to achieve racial equality in Shaw and the entirety of America. The District of Columbia has designated much of Shaw as the Shaw Historic District, and Shaw also contains the smaller Blagden Alley-Naylor Court Historic District, listed on the National Register.

A View of Shaw 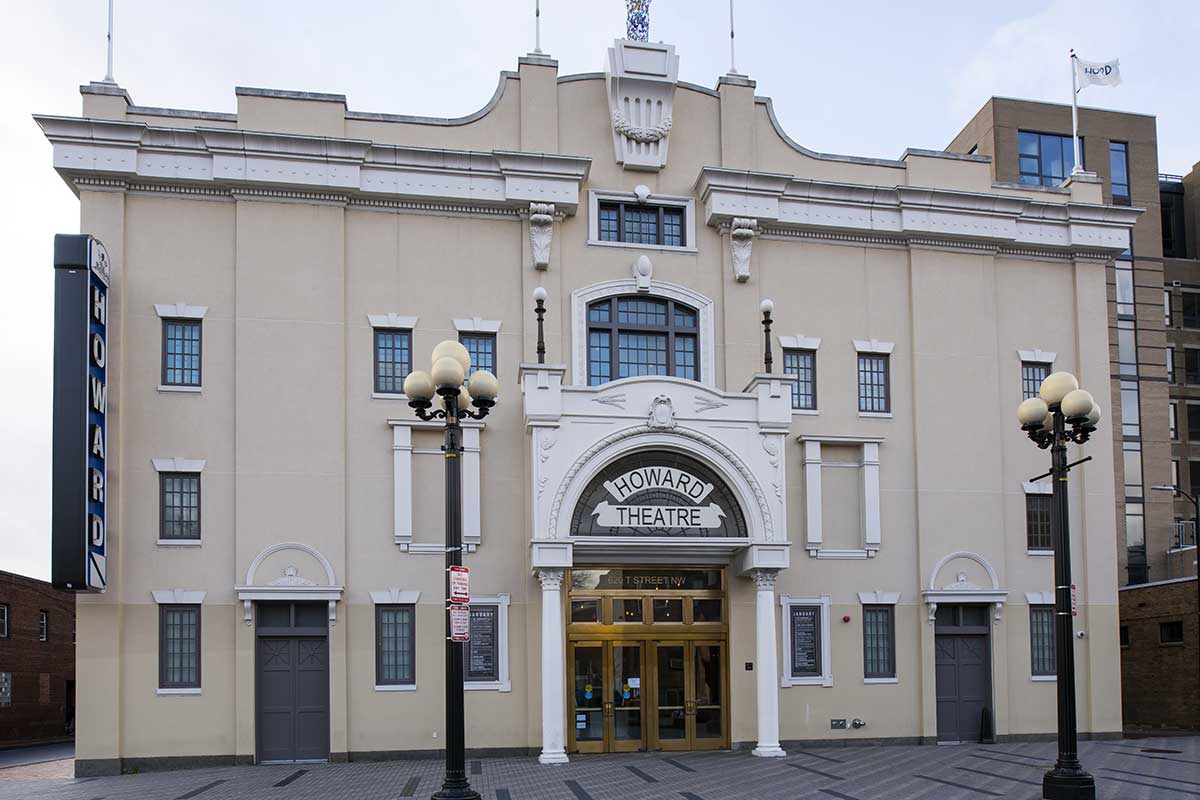 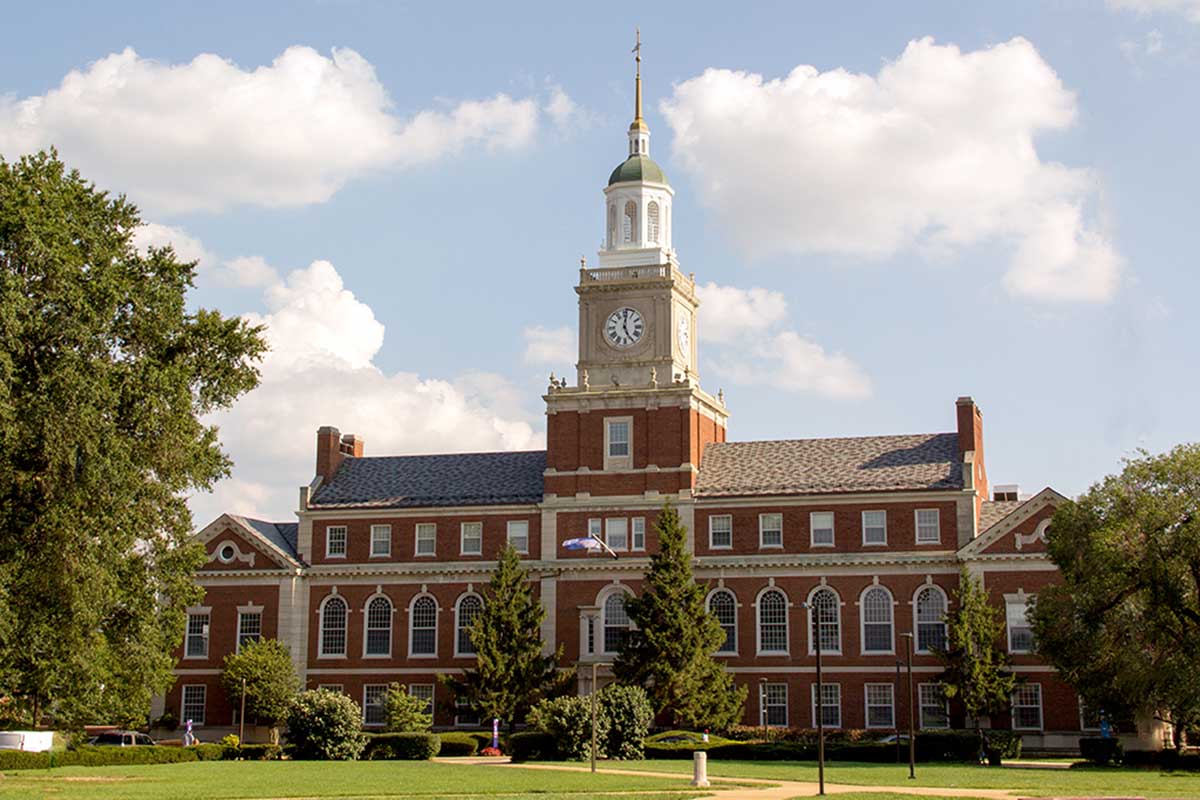 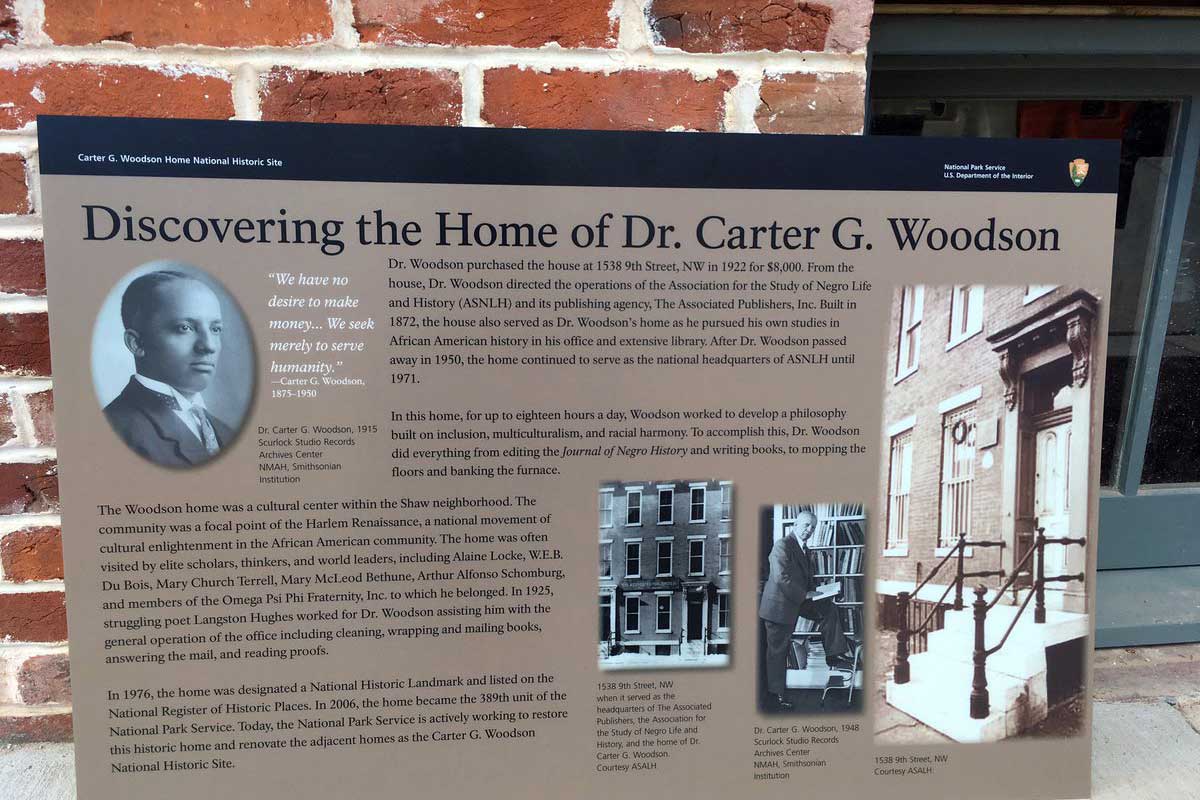 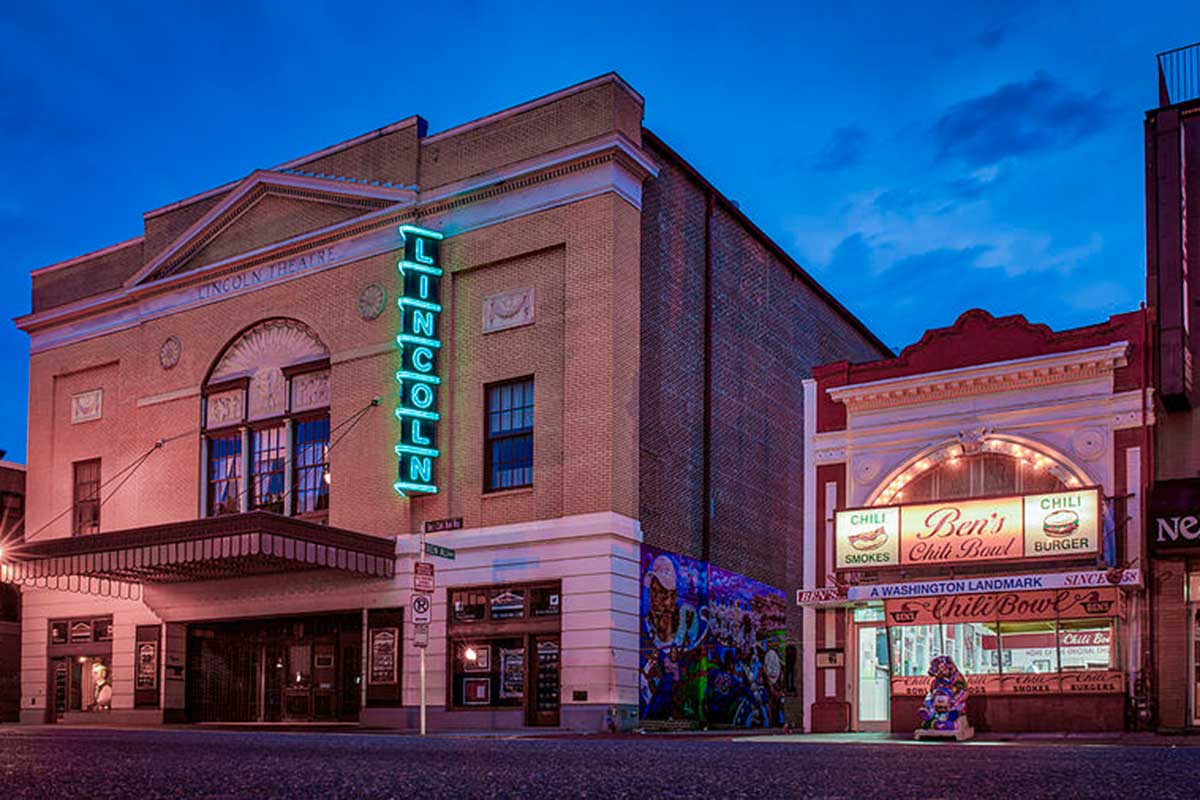 One of the area’s many historic properties, this live entertainment venue first opened in 1910, becoming the first large music venue in the nation for African-American audiences. It’s now one of the oldest theaters in the country.

The glassy, modern Shaw Neighborhood Library, named after a long-time civic activist and chairman of the DC Model Cities Commission.

Lincoln Theatre is a theater in Washington, D.C., located at 1215 U Street, next to Ben’s Chili Bowl. The theater, located on “Washington’s Black Broadway”, served the city’s African American community when segregation kept them out of other venues.

Between U and T on Ninth Street is unofficially designated as “Little Ethiopia” in Washington, D.C. where the Ethiopian population is the largest in the U.S. The food has become a main attraction and reason for locals and tourists to commute to Shaw and experience the many local Ethiopian restaurants. This influx of Ethiopians has revitalized the area, 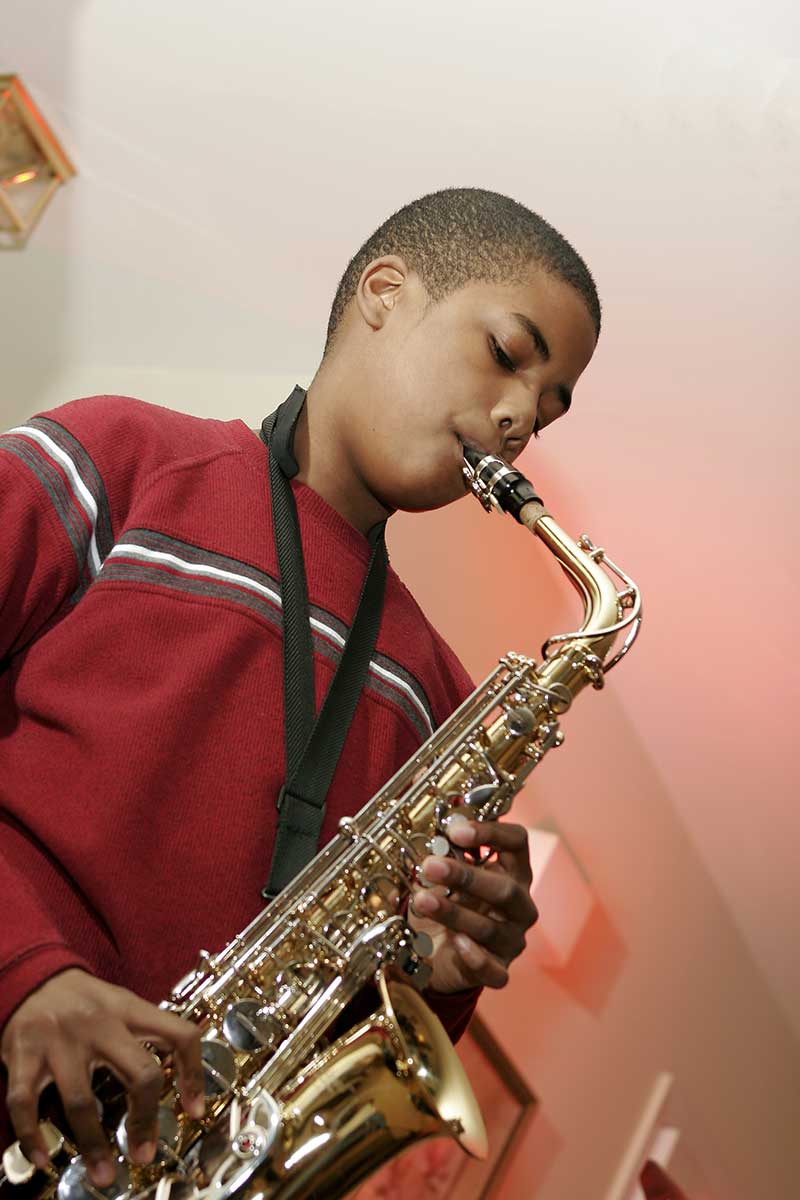 Places to Explore in Shaw 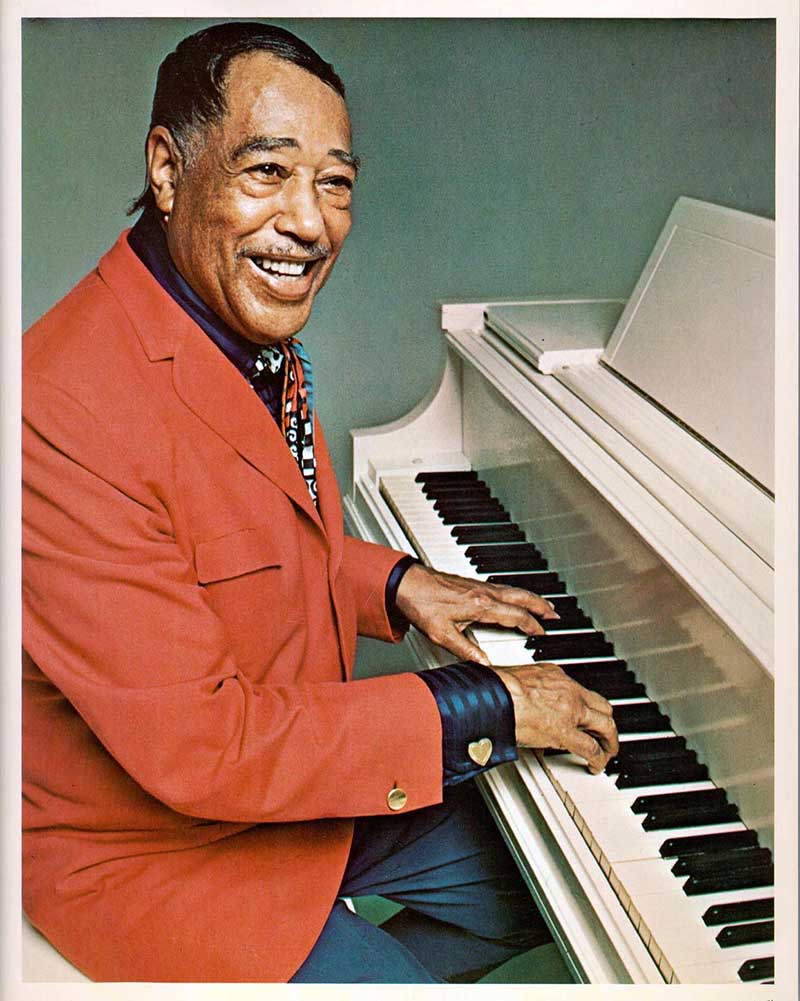 Born on 29 April 1899, Duke Ellington was an American pianist, composer, and bandleader. His career spanned over fifty years. Duke died on 24 May 1974, but he won a Pulitzer Prize posthumously in 1999 for his contribution to jazz music. Many people do not know that Duke was a synesthete. In fact, Duke once stated that each note played by a member of his band appeared to him as one color. However, the same note would turn into a different color when played by a different member of his band.